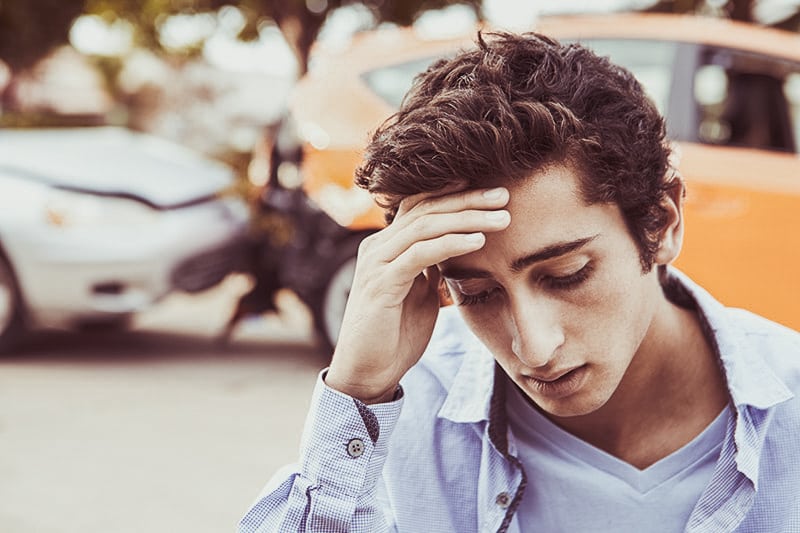 Car accidents are stressful no matter who is involved, but when it’s your child, it can take the stress to another level. There is always an uncertainty.

What to do immediately after the accident

There are quite a few things that need to be done after an accident and it’s much easier to do them with a clear mind. Anxiety and panic might make your child want to bolt from the scene, but that will only cause more problems in the long run.

Find out if they or anyone else is hurt and where your teen is. Advise them to check for landmarks so it’s easier to get to them or even get the ambulance or breakdown service to them.

Be visible to passing drivers & move out of the way

Hazard lights should always be put on if possible. Then, if the car is drivable and your teen isn’t injured, they should try to move the car out of the way of oncoming traffic to the side of the road or highway, so that they are out of harm’s way. If they are hurt, encourage them to stay as still as possible until help comes, and to keep their seatbelt on at all times.

If someone has been injured or killed in the accident, the police must be called to come to the scene. It’s also important to call the police if anyone is suspected of being under the influence of alcohol or drugs.

If your child isn’t injured, and they are able to, tell them to take photos of the scene of the accident, the damage to both (or more) cars, car licences, licence plates, the licence of the driver(s) involved, as well as the police report (if police are requested to be on the scene, otherwise you do this when you report the accident at the police station).

Encourage them not to get caught up in a discussion with the other driver/s about who is responsible for the accident. Rather tell them to focus on swapping contact details, as well as insurance information.

If there were any witnesses, tell your child to get their statements (an audio recording on their cell might be easier) as well as their contact details.

Arrange a tow truck if your car isn’t driveable

TIP: Always try to snap a photo of the police report if you can’t get a copy of it.

You should report the accident to your insurer as soon as possible. If the insurance is in your name and you are specified as the regular driver of the car, contact your insurer yourself and describe the accident in detail. If your child has their own car insurance, they will need to contact their insurer themselves.

What you can do beforehand

Know what your car insurance covers

Cover differs by insurer – some insurers only provide coverage for named drivers (ie. they will only provide cover if you have explicitly added your child onto your policy), some apply additional limits in the case of young drivers (like an additional excess if your child is below the age of 25 or if they have had their licence for less than two years), and some will simply provide the same level of cover and excess as if you yourself were driving.