OUT with the Old IN with the New 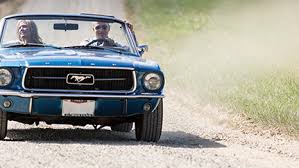 If you believe insuring an old car costs less than insuring a new car, you’re not alone. However, that’s not always the case when it comes to auto insurance.

Newer vehicles with safety features like back-up cameras and automatic braking do a better job of preventing accidents. However, it typically costs more to repair and replace a car with the latest technology

A person’s driving history has a major impact on their insurance rates. The vehicle they drive may not impact their rate as much as you might think

Just out of curiosity, who typically has the lowest rates?

What are some things drivers can do to keep their rates lower?

The most important ones include driving safely, obeying posted speed limits and traffic laws, and selecting higher deductibles.

THE VERDICT: SAFE DRIVING MATTERS MORE THAN THE CAR YOU DRIVE.